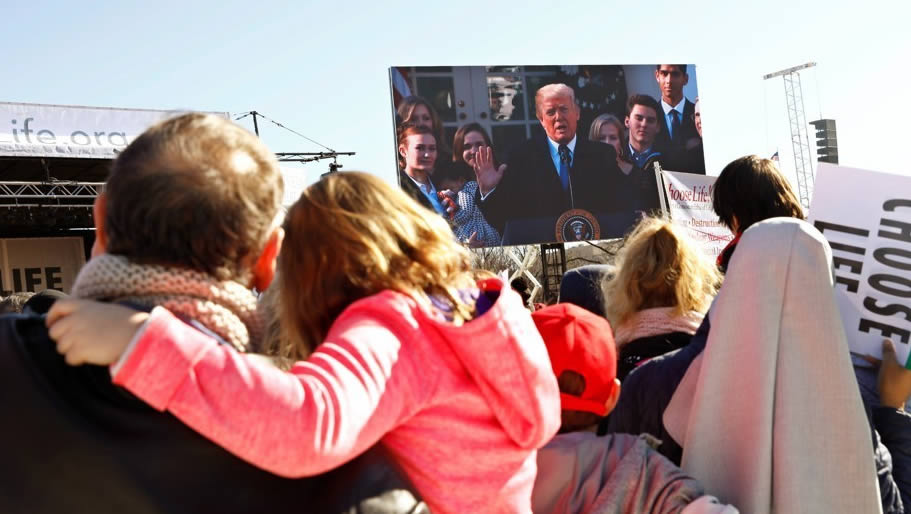 [SBA List’s Mallory] Quigley said this year has been an especially energizing one for pro-life Americans. In 2016, then-candidate Trump wrote a letter to pro-life leaders outlining four commitments: to nominate pro-life justices to the U.S. Supreme Court; to sign into law the Pain-Capable Unborn Child Act; to defund Planned Parenthood; and to make the Hyde Amendment, which prevents federal funds from being used for abortions, permanent law. This, Quigley told me, has been the movement’s working to-do list throughout the past year.

While Trump has accomplished item No. 1 — he put Neil Gorsuch, a staunch conservative, on the bench—the other three tasks remain. But he has advanced a pro-life agenda in other ways. In his first three days in office, Trump reinstated a policy that prohibits foreign organizations that receive U.S. funds from providing or recommending abortions. In April, Trump signed legislation allowing states to deny federal funds to organizations that provide legal abortions, like Planned Parenthood. And this month, the Trump administration created a new office in the Department of Health and Human Services devoted to protecting health-care workers who object to participating in abortion procedures, among others.

These actions, coupled with his address at the march, solidify his commitment to the movement, Quigley said. “It’s not just the vice president that’s leading him,” she told me, referring to Mike Pence’s longtime opposition to abortion. “He’s affirmatively chosen this movement as his own.”

Continue Reading at The Atlantic