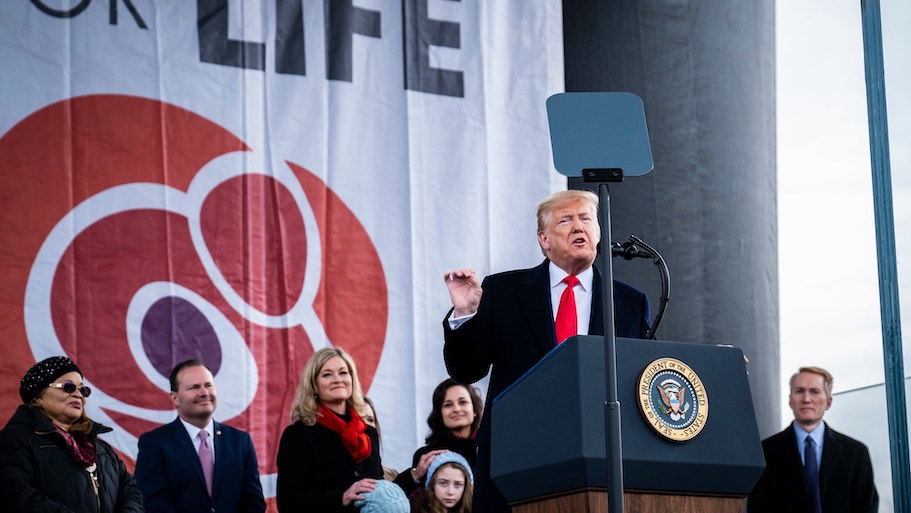 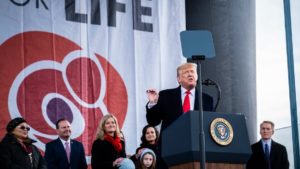 In an interview in 1999 on NBC’s “Meet the Press,” Mr. Trump described himself as “pro-choice in every respect,” but he officially reversed positions in 2011, when he was considering running against President Barack Obama, and told the annual Conservative Political Action Conference, “I’m pro-life.” It was a move encouraged by his advisers at the time to get the issue out of the way early.

It was not quite that easy. Four years ago this month, leading abortion opponents including Marjorie Dannenfelser, the president of Susan B. Anthony List, wrote a letter urging Iowans “to support anyone but Trump” in the Republican caucus because “on the issue of defending unborn children and protecting women from the violence of abortion, Mr. Trump cannot be trusted.”

That changed once he won the 2016 Republican presidential nomination. Ms. Dannenfelser led Mr. Trump’s Pro-Life Coalition, and Mr. Trump wrote to anti-abortion leaders and publicly committed to pursuing their core policy objectives, and they worked to elect him. And evangelical misgivings about Mr. Trump, widely voiced during the campaign, have largely disappeared as a result of his efforts as president.

More than 80 percent of white evangelical voters supported him in 2016, but a critical editorial last month in Christianity Today, a flagship evangelical magazine, raised concerns in the White House about the depth of Mr. Trump’s support.

But the president now routinely talks about mothers “executing babies” and brands Democrats the “party of late-term abortion.” And the political movement to end legalized abortion has become even more interwoven into the core strategy of Republican efforts to re-elect Mr. Trump by motivating white evangelical and Catholic voters.

“The difference between 2016 and now is how fully the Republican Party has accepted the issue as a driving force at the center of elections,” Ms. Dannenfelser said in a phone interview.