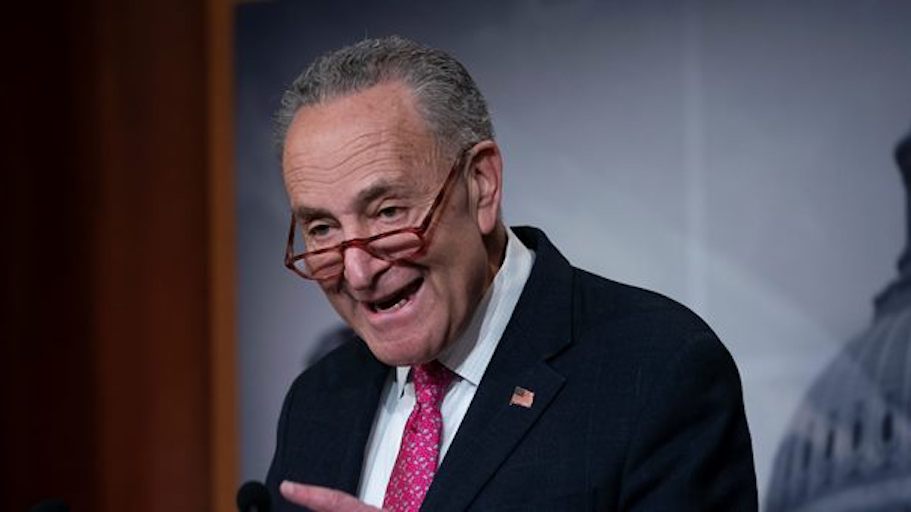 Recently the Court heard oral arguments in June Medical Services v. Russo, the first major abortion case since President Trump was elected. The case involves a Louisiana law that requires abortionists to have admitting privileges at local hospitals. The law was introduced in 2014 by State Representative Katrina Jackson, a pro-life Democrat, passed with overwhelming bipartisan support, and signed by a Democratic governor.

Speaking at a pro-abortion rally outside the Court, Senator Schumer singled out President Trump’s two Supreme Court appointees by name with a chilling threat: “I want to tell you, Justice Kavanaugh and Justice Gorsuch, you have unleashed a whirlwind, and you will pay the price…you won’t know what hit you if you go forward.”

Imagine for a moment if a Republican leader had used such unhinged, violent rhetoric. Every American should be horrified by Schumer’s outrageous comments, his refusal to apologize, and his implausible attempts to spin them away after the fact. Voters, elected leaders of both parties, and the media should demand to know exactly what he meant – impeachment? Further attempts to personally destroy the lives and good names of two upstanding public servants? Something even worse?