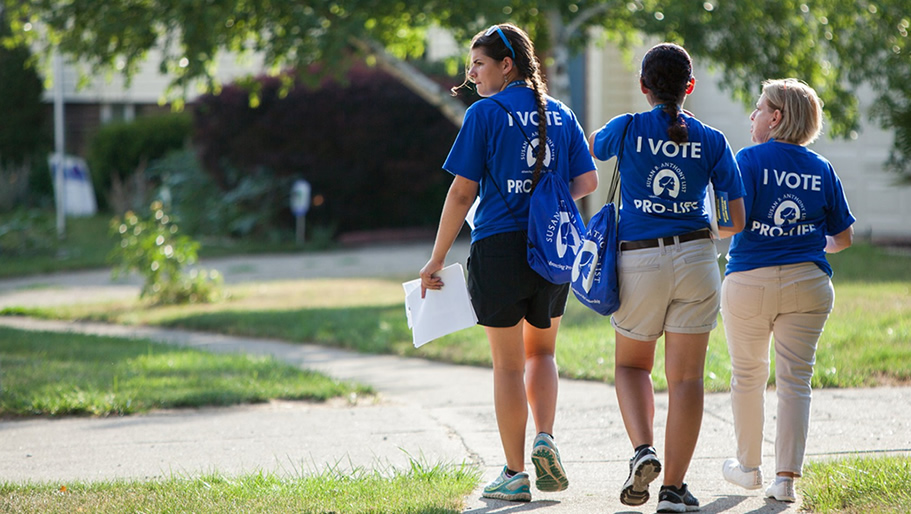 Armed with sunscreen, doorknob fliers and a mission 50 years in the making, the team of activists sporting blue “I Vote Pro-Life” T-shirts fanned out into a web of cul-de-sacs in a subdivision just west of Indianapolis, undeterred by towering rain clouds and 90-degree heat.

It was exactly a week after President Trump had named Judge Brett M. Kavanaugh to be his nominee for the Supreme Court, and the group was joking that they had a new sport: Extreme Canvassing.

In short surveys, the teams ask voters about their hopes for Judge Kavanaugh’s confirmation and their opposition to abortion funding. Canvassers have knocked at nearly 1.2 million homes nationwide in recent months, and by November, they are slated to reach their goal of 2 million.

“Whenever I’m feeling tired, I say, ‘I’m doing it for the babies,’” said Kaiti Shannon, 19, as she consulted a mobile app to determine which porch with wind chimes to approach.