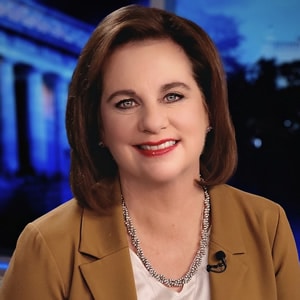 Marjorie Dannenfelser is president of Susan B. Anthony List. Under her leadership, SBA List and its super PAC, Women Speak Out, raised more than $61 million in the 2020 election cycle and contacted more than eight million pro-life voters through door-to-door canvassing, voter mail, texting, and digital communications. These efforts helped elect the largest incoming class of pro-life congresswomen in history, with 19 new pro-life women and 30 total serving in the U.S. House of Representatives – more than double the previous record.

Dannenfelser is the author of “Life is Winning: Inside the Fight for Unborn Children and Their Mothers,” which was ranked Amazon’s #1 New Release in NGO Policy upon its release in August 2020. She has also been published in TIME, RealClearPolitics, The Washington Post, and National Review, among others, and profiled by New York Magazine, The Telegraph, The New Yorker, and The Washington Post.

In 2020 Dannenfelser was again named national co-chair of the Pro-Life Voices for Trump coalition, a role she held during the 2016 campaign after securing four groundbreaking pro-life commitments from the nominee. In 2017 she was appointed to the Women’s Suffrage Centennial Commission by U.S. Senate GOP Leader Mitch McConnell. In 2020, Dannenfelser served as a panelist on the President’s Commission on White House Fellowships and then was appointed a member of the National Board for Education Sciences earlier this year. In addition, she served on Life Perspectives’ Task Force. Previously she was named one of Politico Magazine’s Top 50 Influencers, Washington Examiner’s top ten “Political Women on the Move,” Newsmax’s top 25 Most Influential Republican Women, and Newsweek’s top ten “Leaders of the Christian Right.” An alumna of Duke University, she and her husband Marty live in Arlington, Virginia, and have five children.