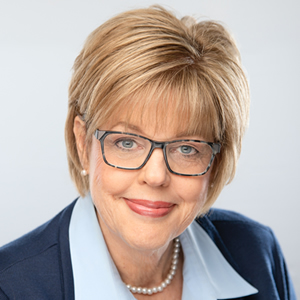 When it would have been easier to look the other way, Jill Stanek’s commitment to Christ led her to risk her job, reputation, and friendships to stop the terrible practices of abortion and infanticide.

Jill was a registered nurse in the Labor & Delivery Department at Christ Hospital in Oak Lawn, Illinois.  She discovered not only were abortions being committed there, but babies were being aborted alive to die without medical care. [Read Jill’s story]

When hospital leaders said that they would not stop, Jill went public and has become a national figure in the effort to protect both born and pre-born infants.

Jill has been quoted in the national and international media on television, radio, and in print.  There are hundreds of examples, but some include:

Jill remained at the hospital fighting the fight from the inside until she was terminated in 2001 for reasons related to her public outspokenness to its abortion practices.

On August 5, 2002, President George W. Bush invited Jill to his signing of the Born Alive Infants Protection Act, which will protect live aborted children from infanticide. The president publicly thanked Jill for her help during his speech.

In January 2003, World magazine named Jill as one of the 30 most prominent pro-life leaders in the movement over the past 30 years.

On November 5, 2003, President Bush invited Jill to his signing of the Partial Birth Abortion Ban, which protects partially delivered babies from being killed by abortion.

For her pro-life writing MSNBC’s liberal commentator Keith Olbermann named Jill the “Worst Person in the World!” on June 4, 2009, a badge of honor she proudly wears. In 2011 News Reel Blog named Jill one of the “Top Ten Enemies the Pro-Abortion Left Fears.” In 2015 Family Research Council awarded Jill the “Digital Pro-Life Pioneer Award,” for her pro-life blogging.

Jill joined Susan B. Anthony List in 2015 as National Campaign Chair, working to elect pro-life leaders to office. In June 2020, Jill accepted the position of PLAN Community Outreach Manager. PLAN, which stands for Pregnancy and Life Assistance Network, is an SBA List sister organization and works to foster collaboration between pro-life groups and assistance organizations.

Jill is a member of Parkview Christian Church in Orland Park, Illinois.  She is wife to Rich; mother of Michael, Timothy, and Daena; and grandmother to thirteen grandsons and one granddaughter.  She has addressed many groups at the local, national, and international levels sharing her testimony and giving an insider’s view to the atrocity of abortion.