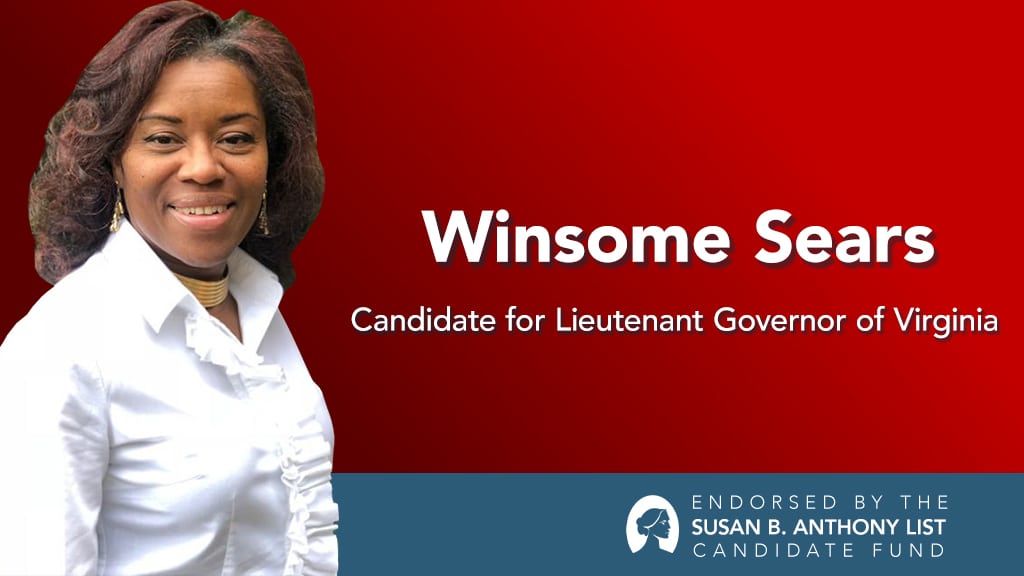 In 2002, Winsome Sears became the first Republican elected to a majority Black legislative district in Virginia since 1865. Outside of office, she is proud of her community work leading a men’s prison ministry and as director of a women’s homeless shelter for The Salvation Army.

Winsome is a mother and wife who served in the U.S. Marines and whose views are informed by her service to the Commonwealth and her Country, her faith, and her belief in equal opportunity for all Virginians. She spoke out in 2020 when the Virginia House voted to undo the law requiring abortionists to allow women to view ultrasounds of their unborn children before going through with the abortion.