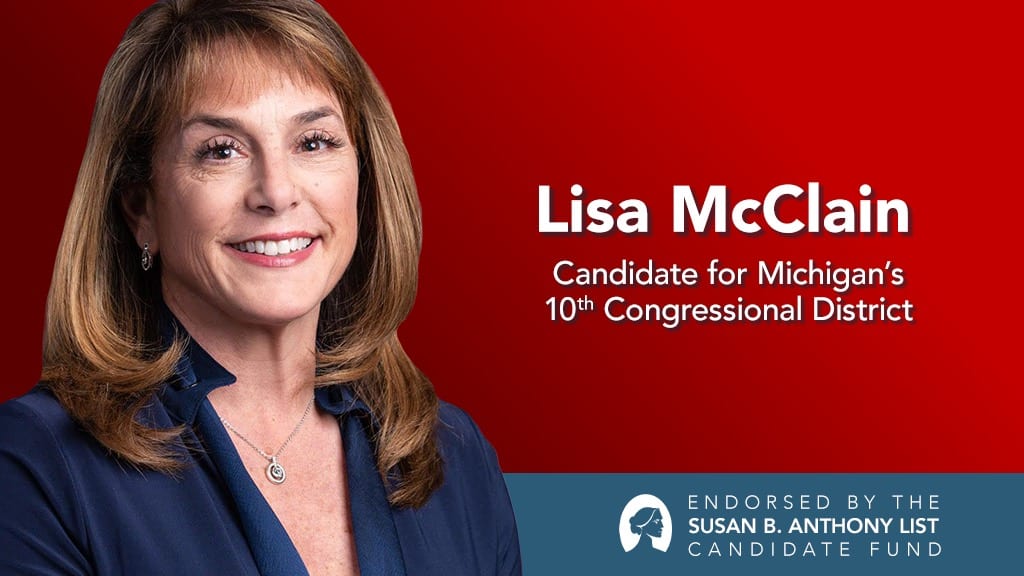 Lisa McClain grew up in Stockbridge, Michigan and is a graduate of Northwood University. After a successful career with American Express/Ameriprise, she went on to build the Hantz Group, a Michigan-based financial services company, which is now one of the fastest growing businesses in Michigan. She and her husband Mike have four children and live in Macomb County, Michigan.

Congresswoman McClain has stood up against the pro-abortion agenda of the Biden-Harris administration and Pelosi Democrats who are actively working to expand abortion access and abortion funding. Rep. McClain has voted consistently to defend the lives of the unborn and infants. This includes stopping hard-earned tax dollars from paying for abortion, whether domestically or internationally, and protecting health care provider rights for those who refuse to engage in brutal abortions.

Congresswoman McClain introduced H.R. 568, the SAFE Research Act, which would prohibit the National Institutes of Health from conducting or supporting research on human fetal tissue from induced abortions, and she offered an amendment to the consolidated spending bill to prevent funding for such experiments. She also offered a unanimous consent request for consideration of H.R. 18, the No Taxpayer Funding for Abortion and Abortion Insurance Full Disclosure Act, which would make the Hyde Amendment permanent. Additionally, Rep. McClain sent a letter to the Department of Justice, Department of Health and Human Services, and the National Institutes of Health, demanding investigation into unethical fetal tissue experimentation and research at federally funded University of Pittsburgh.