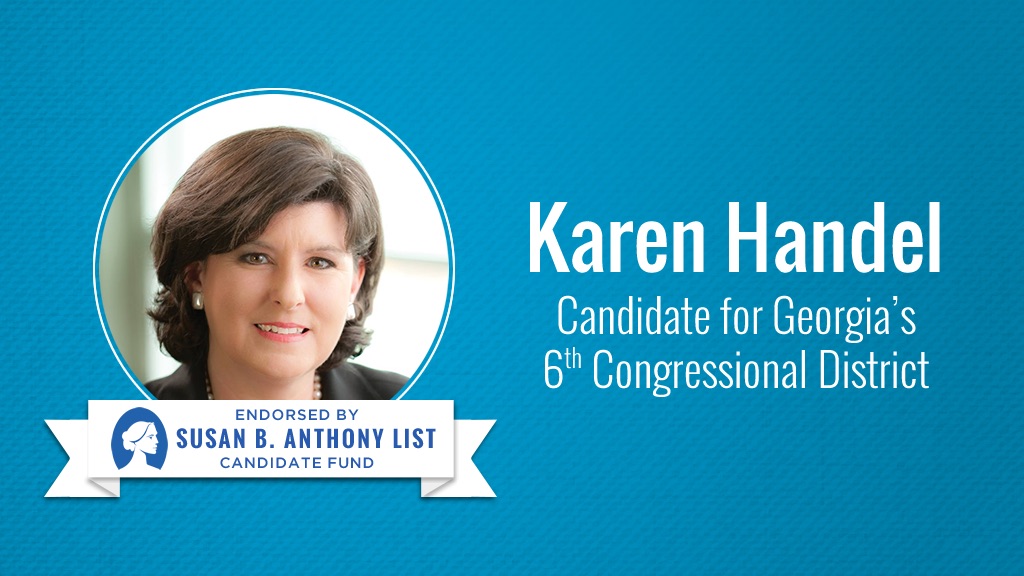 Karen Handel was elected to Congress in 2017, defeating Planned Parenthood-backed Democrat Jon Ossoff in a special election. She co-sponsored the Born-Alive Abortion Survivors Protection Act, the Pain-Capable Unborn Child Protection Act, and the Conscience Protection Act of 2017. Previously she was elected Georgia’s first female secretary of state after serving as deputy chief of staff to Governor Sonny Perdue. She is the former vice president of Susan G. Komen for the Cure and the author of the book Planned Bullyhood: The Truth Behind the Headlines about the Planned Parenthood Funding Battle with Susan G. Komen for the Cure.

Handel resigned from her position as Susan G. Komen Foundation’s senior vice president of public policy after the organization reversed its decision to end grants to Planned Parenthood. Planned Parenthood is America’s largest abortion business, does not provide mammograms, and is not a significant provider of medical care in the United States.