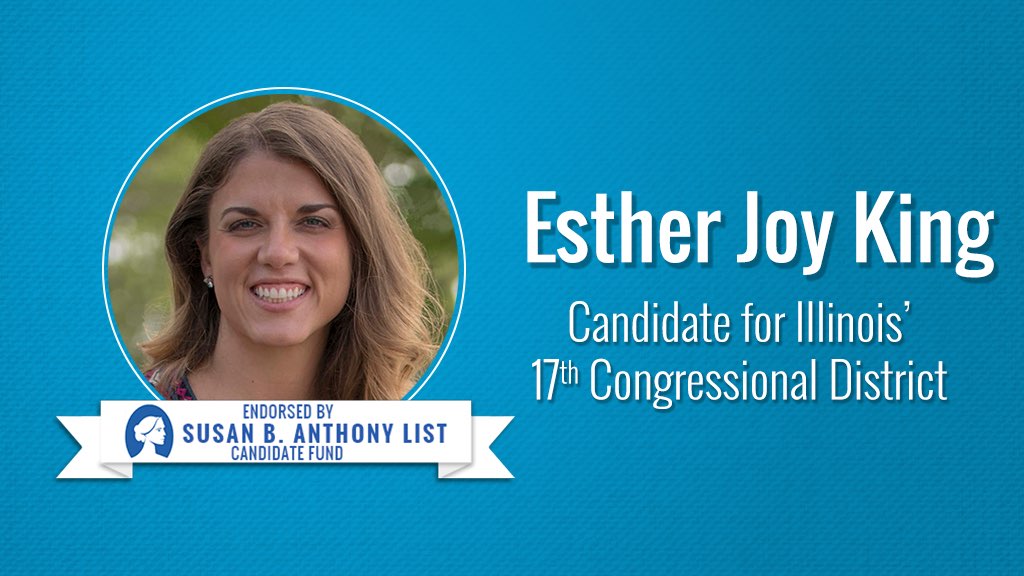 Esther Joy King (IL-17) grew up in a missionary family serving in Mexico. Upon graduating college, she traveled to Kabul, Afghanistan where she served as an aid worker. Esther earned her law degree from Northwestern, then went on to serve under Governor Rauner as the leader of the Office of Entrepreneurship, Innovation, and Technology. Later, she joined the JAG Corps in the U.S. Army reserve and was promoted to the rank of captain.

Esther is vocal about her belief that life begins at conception. Her opponent, Cheri Bustos, has a 100% pro-abortion record, and Esther is committed to becoming a pro-life voice in Congress. Her work on the border and in Afghanistan has ingrained in her a passion for democracy and respect for the rights of all human beings.