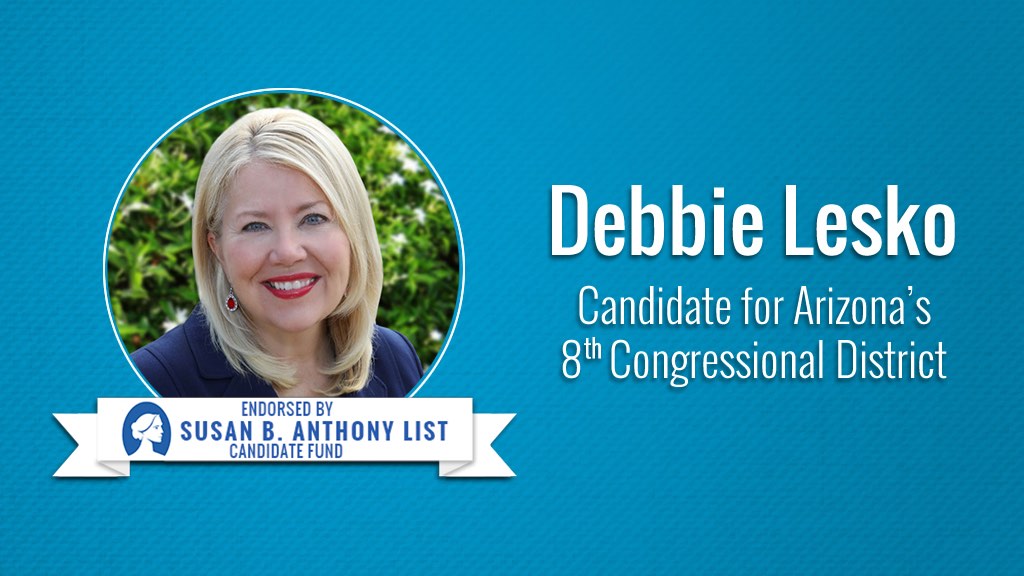 Debbie Lesko served in the Arizona Legislature for eight years before being elected to Congress in May 2018. As a state legislator, she was the co-sponsor of the Heartbeat Protection Act and the Life at Conception Act. She has continued fighting for life in Congress, introducing the Saving Children Act, participating in the minority hearing on the Born-Alive Abortion Survivors Protection Act, and advocating for numerous other pro-life positions. She and her husband Joe live in Peoria. They have three children.

“In her first term in Congress, Debbie Lesko quickly established herself as a champion for unborn children and their mothers,” said SBA List Vice President of Government Affairs Marilyn Musgrave. “Congresswoman Lesko is a tireless fighter for the most vulnerable among us. She introduced the Saving Children Act, which would end the practice of brutal dismemberment abortions. She has led the charge to end late-term abortions after five months of pregnancy, stop taxpayer funding of abortion, and much more – leadership that has earned her a ‘A’ on our pro-life scorecard. Pro-life Arizonans can be proud to have Debbie Lesko representing them in Congress. We are honored to fight alongside her and strongly support her re-election.”