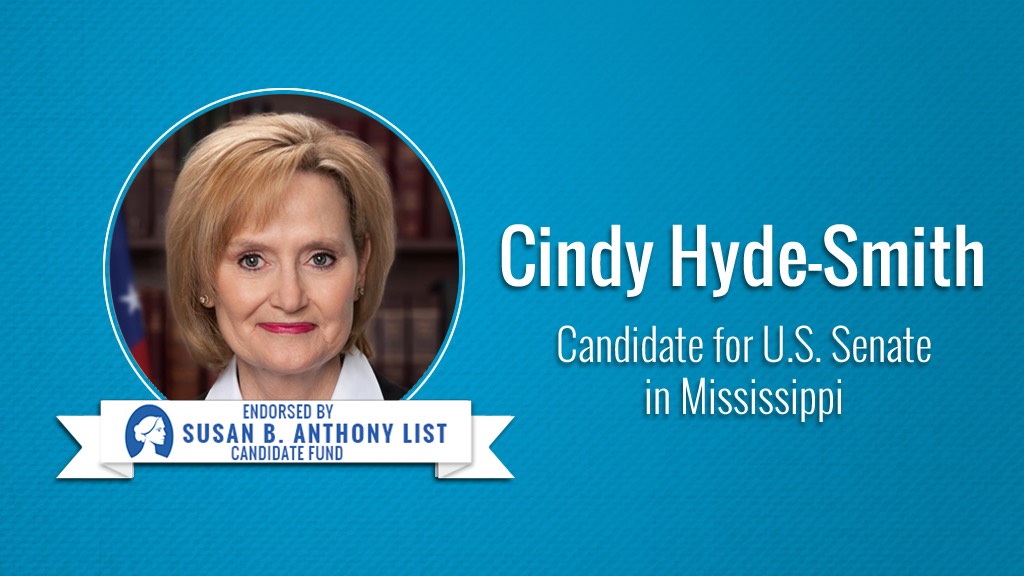 Sen. Hyde-Smith led on a letter in the Senate to push for the finalization of the abortion separate payments rule. She introduced the Support and Value Expectant (SAVE) Moms and Babies Act. She was appointed to the Senate in March of 2018 and won election later that year. Previously she served in the state senate and as commissioner of agriculture and commerce and was the first woman elected to statewide office in Mississippi. She is a co-sponsor of the Born-Alive Abortion Survivors Protection Act, the Child Interstate Abortion Notification Act, the Conscience Protection Act, and the No Taxpayer Funding for Abortion and Abortion Insurance Full Disclosure Act of 2017.