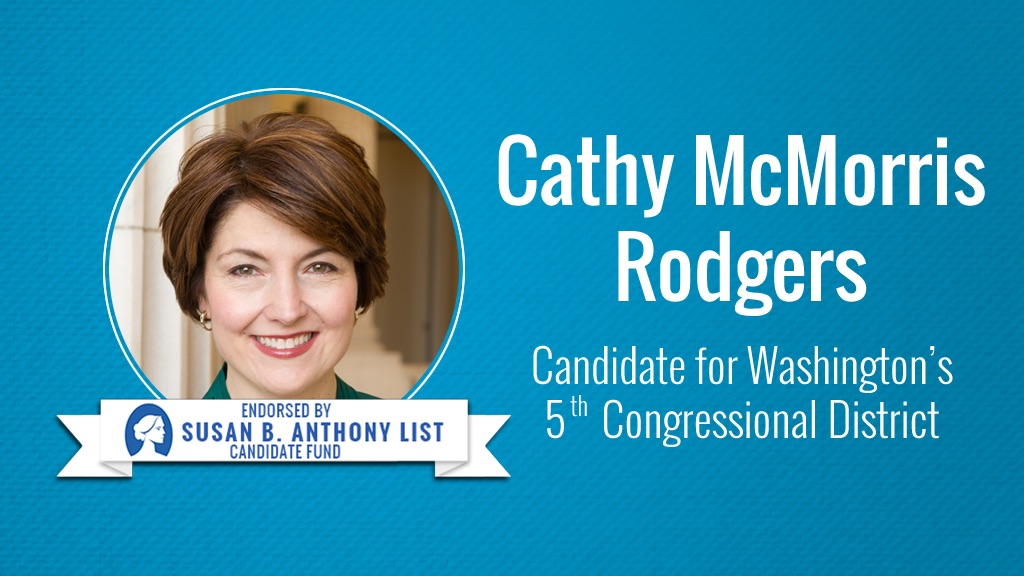 Congresswoman Cathy McMorris Rodgers has served the people of Washington’s 3rd district since 2005. She served as Republican Conference Chair from 2013 to 2019. Prior to her time in Congress, she served in the Washington State House of Representatives from 1994 to 2004 and was the first woman to lead a caucus in state history.

As Congresswoman, McMorris Rodgers has been a leader on life. She has an A rating on our scorecard for consistently voting to protect the unborn and to stop taxpayer dollars from paying for domestic and international abortion. During this past Congress alone, she has been incredibly active to defend President Trump’s pro-life victories and fight for life. She participated in the minority hearing on the Born-Alive Abortion Survivors Protection Act, was a witness in favor of the Global Protect Life Rule in the House Foreign Affairs Committee, and offered a Motion to Recommit to amend a bill and recognize unborn children as a vulnerable population.

“Cathy McMorris Rodgers is an exemplary pro-life, pro-woman leader in Congress,” said Marilyn Musgrave, Vice President of Government Affairs. “Today, the abortion lobby will take any and every opportunity to attack President Trump’s pro-life victories and Cathy’s experience and voice are invaluable in defending the unborn. Having served three terms as the highest-ranking Republican woman in Congress, she worked tirelessly to find new ways to protect women and children everywhere, standing up to the pro-abortion Pelosi Democrats. We are so grateful for her unwavering effort and courage and we look forward to continuing the ever-important work of fighting for life!”


McMorris Rodgers: Taxpayer Funds Should not be used for Abortion