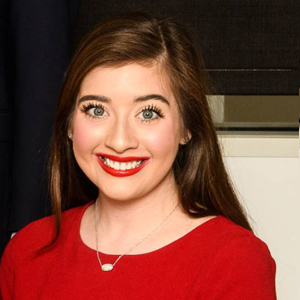 Caitlin Connors is a native of Birmingham, AL and graduated from the University of Alabama where she served as the chair of her College Republican chapter. Her involvement for the pro-life cause stems from her Catholic faith and began early in life by attending multiple trips to the March for Life.

Following graduation, she moved to Washington, DC and began working with Susan B. Anthony List in February of 2016. During her time with SBA List in Washington, DC, she served as the Political Coordinator and Political Director.

Caitlin moved back to Birmingham, AL with her husband, Fletcher and baby boy, Hugh, and now serves as the Southern Regional Director. In this capacity, Caitlin focuses on political and legislative affairs in Alabama, Georgia, Mississippi, Oklahoma, South Carolina, Tennessee, and West Virginia.