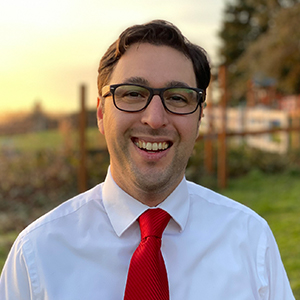 As the Senior Advisor to the President, Bryant has worked directly with Marjorie and the SBA List team for more than seven years, serving as a top strategist and a primary contact with SBA List leadership investors.

Growing up listening to Dr. James Dobson, Bryant attended his first pro-life rally when he was six years old. Throughout college Bryant continued his political activism; he worked on the Bush/Cheney campaign in Cleveland, Ohio and served as a field representative with the United States Chamber of Commerce. After graduating from the University of Arizona, Bryant worked to preserve Ronald Reagan’s Ranch in Santa Barbara, California before joining the Susan B. Anthony List family.

In his spare time, Bryant plays guitar, beach volleyball, and is a college football fanatic. Bryant married his wife and best friend Michal. They and their three children live in Portland, Oregon.