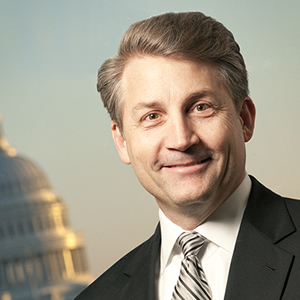 Bradley Mattes is president of Life Issues Institute, the pro-life grassroots partner of the Susan B. Anthony List Education Fund, headquartered in Cincinnati, Ohio. The organization was founded by pro-life pioneer Dr. John C. Willke and Brad in 1991 to serve the educational needs of the pro-life movement. Its primary objective is to globally develop and disseminate effective pro-life educational material.

For eight seasons, Brad was host and executive producer of Facing Life Head-On, a weekly pro-life TV program that was available to more than 100 million homes in the US and Canada. The program earned three Regional Emmy® awards and several other industry accolades before production ceased in 2015.

Brad also hosts Life Issues, a daily radio commentary on abortion and other life issues. Carried on nearly 1,200 radio outlets across the US, the program was recognized by National Religious Broadcasters with the 2016 Radio Impact Award.

Brad has also hosted various half-hour radio programs on such topics as the anniversary of Roe v. Wade, adoption, men and abortion and US Supreme Court vacancies.

Brad is president of the International Right to Life Federation and a frequent international speaker and lecturer on abortion and related life issues. He works with other countries to establish a pro-life educational and counseling presence. He also is chairman of the board of directors of the Terri Schiavo Life and Hope Network, working to protect vulnerable individuals and educate others on end-of-life issues.

Brad has done considerable anecdotal research on the effects of abortion on men, and his writings on this topic have been printed in US and international publications. He has a master’s degree in Biblical Studies and Biblical Counseling from Master’s International University of Divinity and has written undergraduate and post-graduate courses on men and abortion.

A veteran of the pro-life cause, Brad has more than 42 years of educational, political and humanitarian experience. Currently, he serves to protect innocent human life as: